'We Hope We Pass The Audition'

Meet The Cast of BritBeat 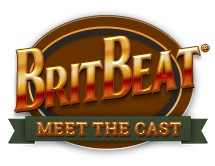 ...THE HISTORY OF THE THE BEATLES AT SHEA STADIUM

The concert at Shea Stadium set a world record for attendance figures, and also for gross revenue. The Beatles pocketed $160,000 of the $304,000 box office takings. The event was promoted by Sid Bernstein, and 2,000 security personnel were enlisted to handle crowd control.

The Beatles had hoped to land on the field by helicopter, but the idea was blocked by the New York City authorities. They traveled by limousine from the Warwick Hotel to a heliport, from where they were flown in a New York Airways Boeing Vertol 107-II helicopter, over New York City, to the roof of the World's Fair building in Queens. From there they boarded a Wells Fargo armored van, where they were each given a Wells Fargo agent badge, and were driven to the stadium.

The journey, which involved a sightseeing opportunity over the skyscrapers of Manhattan, was filmed by Ed Sullivan's company Sullivan Productions, in association with NEMS Enterprises and Subafilms - owned by Brian Epstein and The Beatles. The concert was also filmed by 12 camera operators. The concert performance suffered because The Beatles' had problems hearing themselves against the screams of 55,600 fans, and the mobile recording facilities left the sound quality of the recorded show below standard.

Other acts on the bill were, in order of appearance, The Discotheque Dancers, Brenda Holloway, the King Curtis Band, Cannibal & The Headhunters, Sounds Incorporated and the Young Rascals. The Beatles were introduced by Ed Sullivan. "Now, ladies and gentlemen, honored by their country, decorated by their Queen, and loved here in America, here are The Beatles!"